Or as the Germans would say: Feuerprobe

Many of you have probably heard via Facebook or word of mouth that we had a large fire on our property a couple of weeks ago which completely destroyed our guest house and many olive trees!

Due to the long rains at the beginning of the year, the countryside was covered with very dry grass and bushes, which in case of a fire act like petrol. Under these circumstances, a single spark is often enough to start a fire.

One Sunday at about midday, I was (luckily) working outside the house building some shade for us for the hot summer days, when I heard the crackling of fire. Turning around, I saw a huge pillar of dark smoke rising from a part of our property which was just out of sight. Running towards it, which was also where our guest house  is (or should I say: was), I had to stop in my tracks 20 meters before reaching it because the 10-meter-high wall of flames was so hot I couldn’t get any closer.

It was obvious that all was lost and that it was an extremely dangerous situation. I turned on my heels and while phoning the fire brigade and several locals I ran back to the house, told Heike we had to leave immediately, grabbed some essentials, and together we ran to the car and sped up our bumpy driveway, as we could soon be engulfed by flames! 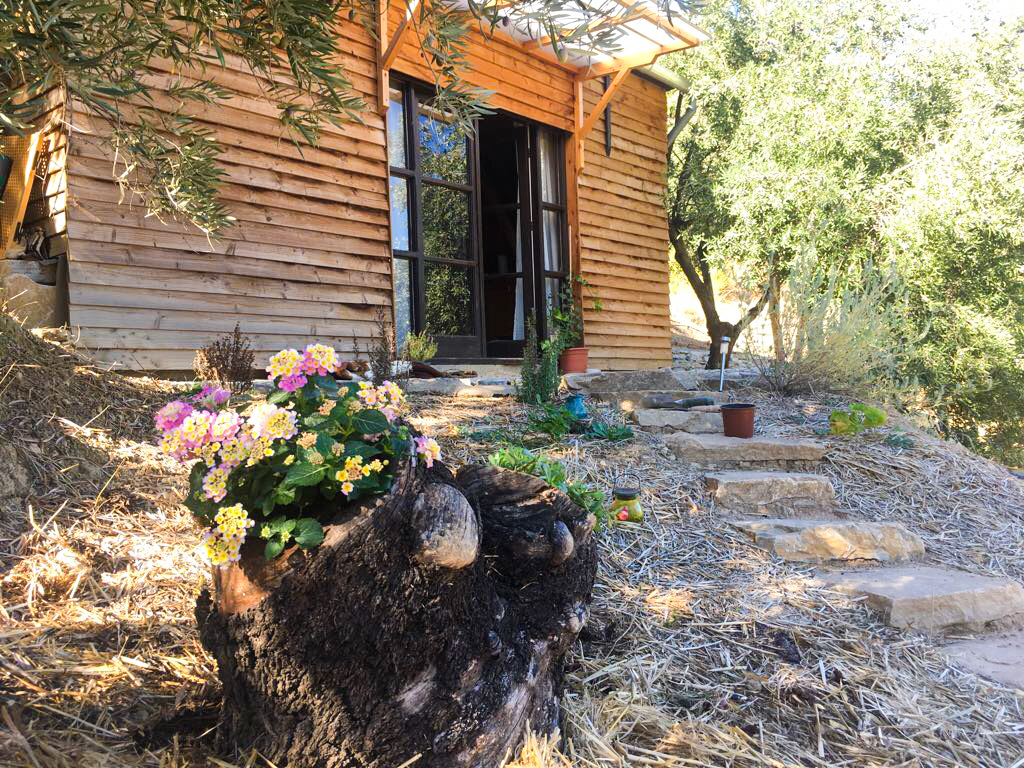 The sweet little guest house as it used to be

From a higher vantage point, we watched as the fire ran across our land towards our house and up the hill towards the castle Turón. It seemed ages for the helicopters of the fire department to arrive (actually – only about half an hour, which is quite fast considering how far out we are).

Three helicopters, three fire trucks and a lot of firefighters on the ground tackled the flames and managed to stop them 15 meters before they reached our house!

Watching that scene gave as a whole new sense of appreciation and gratefulness for those heroes who put their health and their lives on the line fighting fires. Our thoughts go out to the hundreds of people around the world who have lost so much more than we to wild fires just this year! 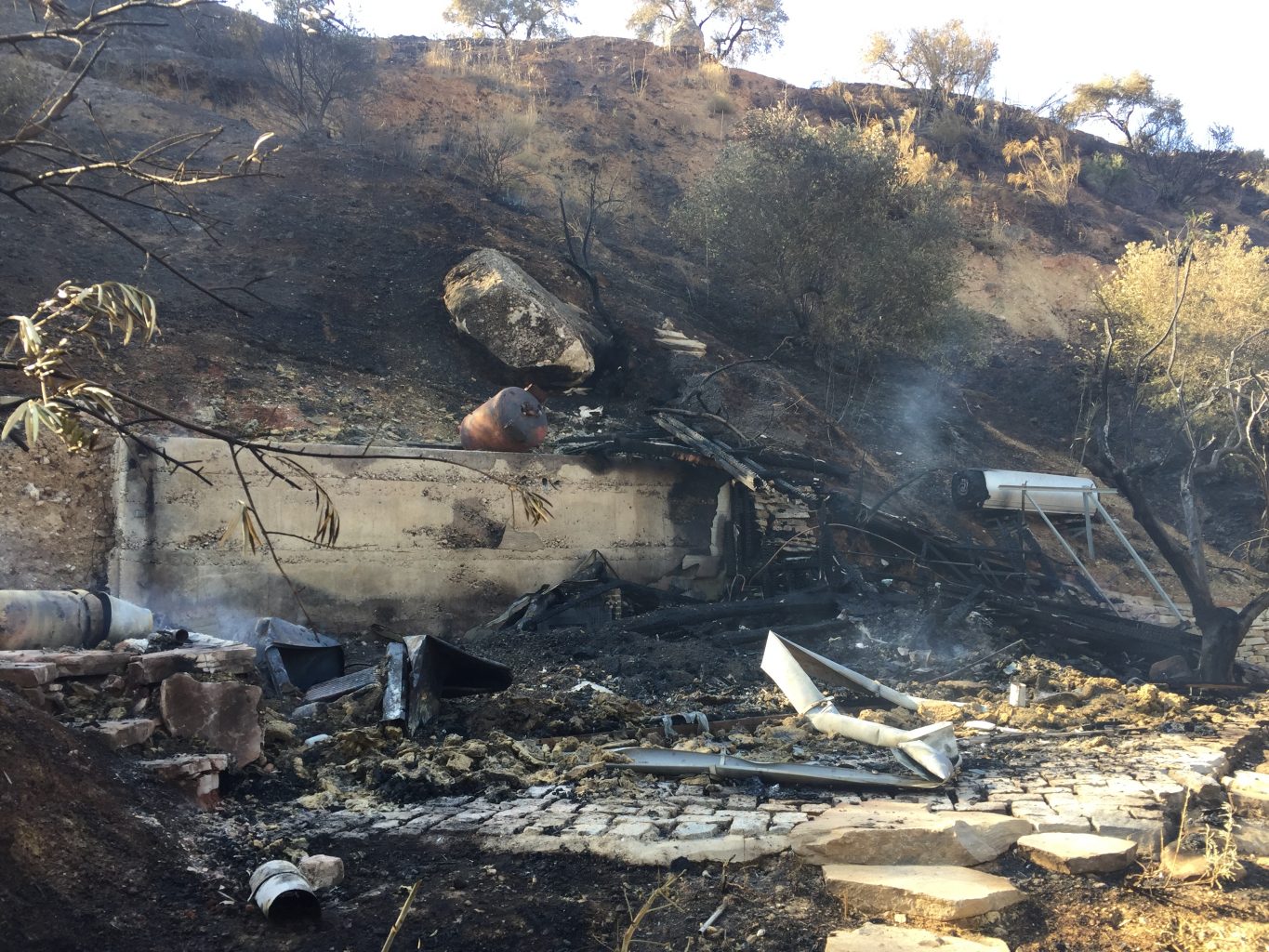 The remains of the guest house. The photo is taken from almost the exact same pespective as the last one!

My father had built a very sweet guest house using massive wooden doors from an old castle as part of the walls, the beams and floor were made from an oak tree he had salvaged himself. He had not quite finished it before leaving for England. Heike and I had invested quite a bit of money and time into finishing his project so that you – our friends and supporters – could visit us and see for yourselves just how special this place is. It was also supposed to be a source of income until the main project was up and running.

This house has been completely burned to the ground.

Our property has about 400 olive trees, most of which are about 300 years old. The fire has burned about 250 of them. Our neighbours (all olive owners) say that the trees will recover over time if we prune them way back now. Olive oil was also supposed to be a source of revenue until the main project was up and running. The fire has reduced our olive oil production from a theoretical maximum of 600-700 litres down to maybe 100 litres for the next couple of years.

The fire has done a very good job of clearing away a lot of old ballast. There were several rather large piles of old building material my father had salvaged from other building sites, which have been reduced to much smaller piles and will be easier to remove now.

The hut would one day have had to be demolished anyway, so the decision when to remove it has now been made for us and the cost of removing has been severely reduced! 🙂

We have won time which we’d otherwise have spend on repairing the hundreds of little things that were always breaking in and around the guest house. We can’t have any more friends and guests staying with us, which we deeply lament, but at the same time it does give us a greater focus on what is important now to bring the project into reality.